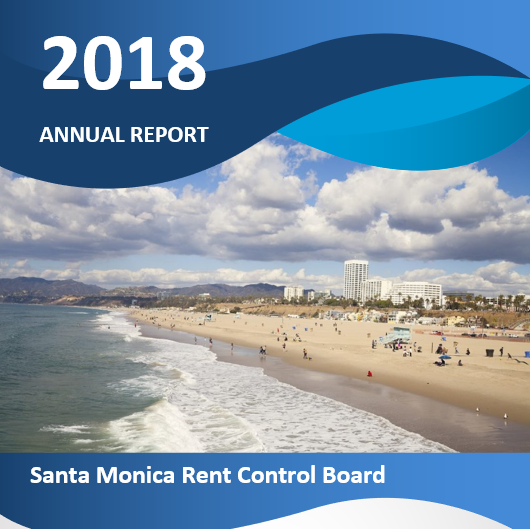 The Santa Monica Rent Control Board has released the 2018 Annual Report summarizing developments during the year along with the most comprehensive and current information about controlled rental housing in Santa Monica. The report has four parts: Status of Controlled Rental Housing; Impact of Market-Rate Vacancy Increases; Impact of the Ellis Act; and Departmental Overviews. Included in the annual report are analyses of initial median rent levels set in 2018 for units of various sizes and by city areas, the impact of market-rate rents on affordability, and where withdrawals of units under the Ellis Act have reduced the controlled housing supply the most.

Among the notable findings are the following:

The full 2018 Santa Monica Rent Control Board Annual Report is available HERE to view or download.