Alex Wand is in residence at the Camera Obscura Art Lab from April 24 through July 17, 2019. A Grammy Award-winning musician and composer based in Los Angeles, he performs as a solo artist and with the groups Desert Magic and The Partch Ensemble. He often collaborates with filmmakers, dancers, and coders, to create music scores that involve his interests in just intonation, sonification, folk music, and sound art.  For his residency project, he is exploring the sonification – that is, the translation into sound of non-sound information - of movement from ocean waves and the visual data observed from the Camera Obscura mechanism. Both activities are part of his continuing study of the range of sounds that can be drawn from the environment. During his public events, he leads music-making and ear-training events open to all. 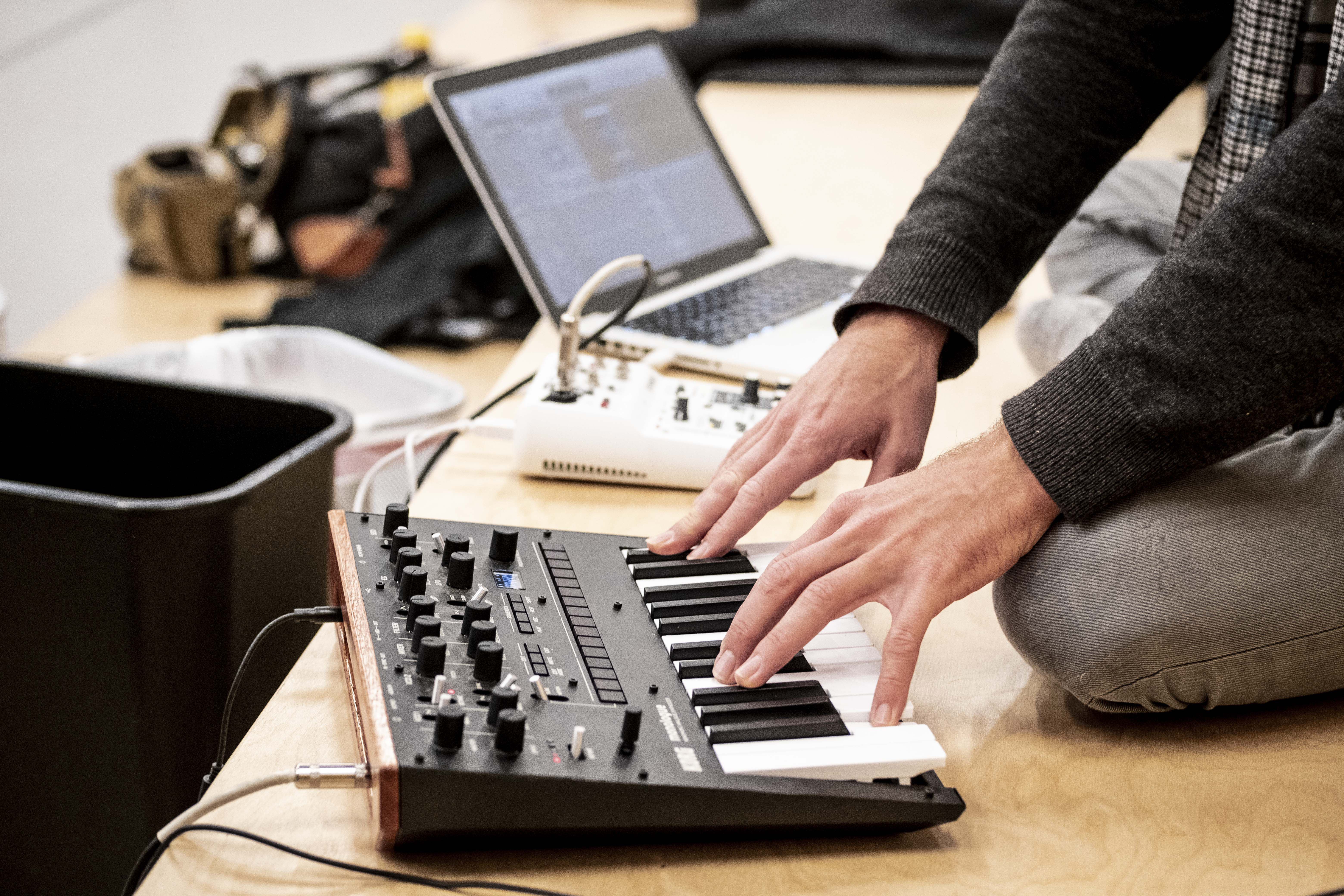 Question: Tell us more about “sonification.” Is this an act of translation?

Sonification maps data to sound. I like experimenting with how sonification can illuminate or bring a new perspective to natural phenomena. During a collaboration with choreographer Jay Carlon, my curiosity with motion-activated sounds led me to explore how the waves in the ocean can activate sounds on my synthesizer via accelerometer data. Another piece that uses non-musical data as source material is Dance of the Planets, an interactive solar system sonification app I created in collaboration with my music collective, Desert Magic. In this piece, we mapped eight musical patterns to tempos based on each planet in our solar system and their distinct orbital speeds. Listeners then activate, deactivate, and randomize the planet patterns to create their own soundscape of cosmic polyrhythms. 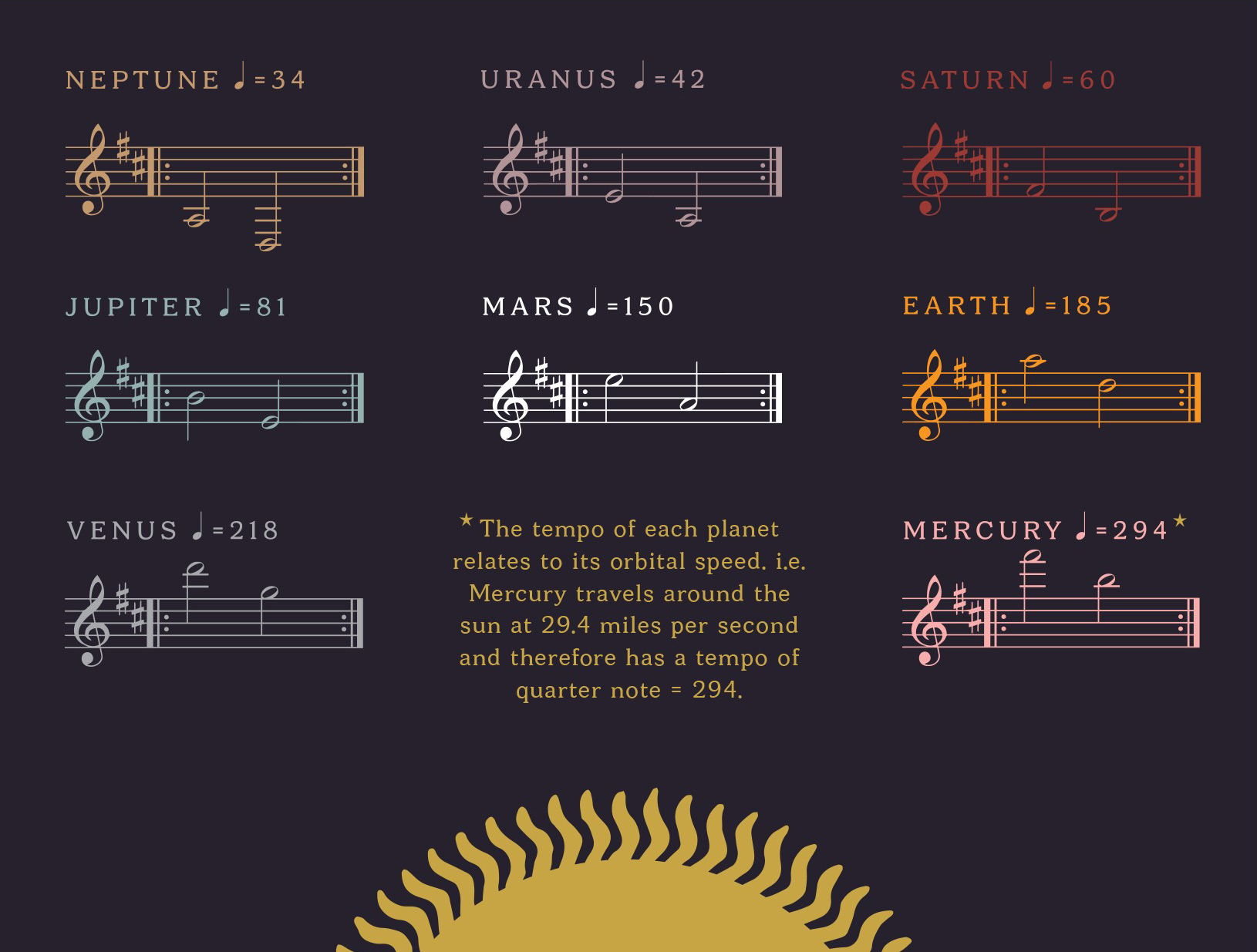 At my residency at Camera Obscura, I’m interested in using the Obscura itself as the source material and inspiration for the sound. This will include an auditory realization or sonification of the street and ocean views as seen through the camera mechanism. I’m interested in exploring different ways one can perceive land. So often we think of land in terms of maps and political boundaries. Inside the obscura is a different perspective of land where one can be immersed in the surrounding streetscape and the ocean. During my residency, I want to create music and sound that also makes one feel immersed in these surroundings.

In the fall of 2018 I completed a 2,000-mile bicycle trip that followed migratory paths of the monarch butterfly from Los Angeles to Michoacan, Mexico. Throughout the trip, I posted annotated videos each day on my blog, Camino de las Monarcas. The videos contain stories of ecological discovery, bike adventure tales, field recordings, original music, and investigate non-anthropocentric outlooks on ecology. My landing point was the Guapamacátaro Residency in Michoacan, where I was artist-in-residence during January of 2019.

This cycling trip was my version of Donna's Haraway's science fiction tale, Camille Stories. In the story, the protagonist Camille, lived a life that was entwined with the monarch butterfly by planting milkweed and working with people on the monarch’s path to protect this threatened critter. I was inspired by Camille and wanted to live out my own real-life version of this fictional story.

Q: During the project it looks as if you went by a Spanish version of your name – do you consider the project a performance?

My alias for the monarch cycling project was Alejandro Botijo. I guess I do consider the project a performance but I also consider Alejandro Botijo to be an actual part of me. My mother is Argentinean so I liked the idea of having a name that reflects the hispanic side of my family. I create aliases for myself that highlight certain qualities of my person. I think of them like archetypal, mythological people that help me realize existing aspects of myself. For example, Alejandro Botijo helped me bypass the physical limitations of my body, feelings of loneliness, fear of being hit by a truck, along with many other vulnerabilities that come with cycling over 2,000 miles alone.

Q: What is music?

Music is joyfulness and beauty and not beauty and heartbreak and the wind all in one thing and not.

Q: Who should participate in your public events? What do you hope to see and hear?

I hope both musicians and non-musicians attend my public events. They are designed with inclusivity in mind. Come prepared to learn folk melodies and experience the joy of group singing. I will probably bring some muffins or cookies. too.

Originally from Detroit, Alex Wand studied music composition at the University of Michigan and at CalArts with composers Bright Sheng, Michael Fink, Ulrich Krieger, and Wolfgang von Schweinitz. He is a guitarist and singer who has performed at venues and festivals from California to Tibet such as REDCAT, MicroFest, the Bootleg Theater, and the Xinghai International Poetry Festival. He often writes music for film and dance with recent projects including the documentary The Harvest Run, the drama Porcupine, and Sometimes I Fall, an evening-length dance piece by Carlon + Lollie Dance Company. In 2014, he founded Song A Day, a challenge to musicians to write and upload a song every day for a month. With sessions every January and July, the collective has written over 7,000 songs. Most recently he biked 2,000 miles from Los Angeles to Michoacan, Mexico for his project Camino de las Monarcas, and composed the score for choreographer Jay Carlon’s FLEX at L.A. Dance Project.  alexwand.com

Santa Monica Cultural Affairs presents participatory art and culture programs for adults at the Camera Obscura Art Lab. Inspired by the camera mechanism, which has been beloved attraction in Santa Monica since 1898, activities in this community art practice space celebrate the power of art to change perspective. Residency programs invite local artists to spend time on the far western edge of the continent to create and explore ideas and practices in concert with the community. The resulting projects highlight the intersection of fine art and handcraft and offer access to a variety of artistic practice and instruction.