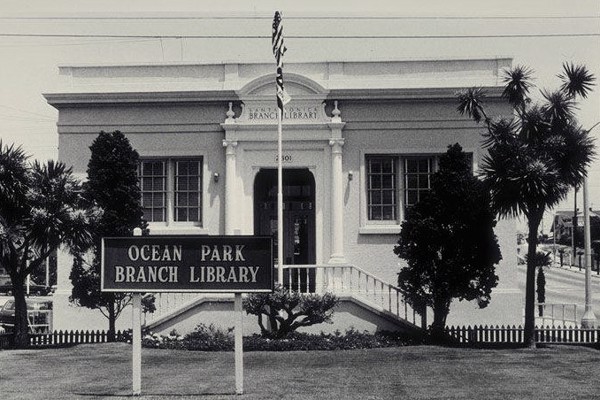 The Ocean Park Library is a Neoclassical structure completed in 1918. Situated on the corner of Main Street and Ocean Park Boulevard, it has long been a focal point of community life in Ocean Park.

Built with funding from steel baron and philanthropist Andrew Carnegie, the Ocean Park Library represents one of the few Carnegie-endowed structures still functioning as a public library in Southern California. Carnegie believed that public libraries were the key to self-improvement for ordinary Americans. Thus, in the years between 1886 and 1917, Carnegie financed the construction of 2,811 public libraries, most of which were in the United States.

Built in 1917-18 on land donated by the Tegner family, the original building was designed by local architects Frank T. Kegley and H. Scott Gerity in the Classical Revival architectural style.

The Ocean Park Branch Library was declared a historic landmark by the City of Santa Monica Landmarks Commission in May 1977. In 1984 the architectural firm Mayer/Taylor was hired to design the addition, which currently houses the children's and teen sections and to add significant features for handicapped access. 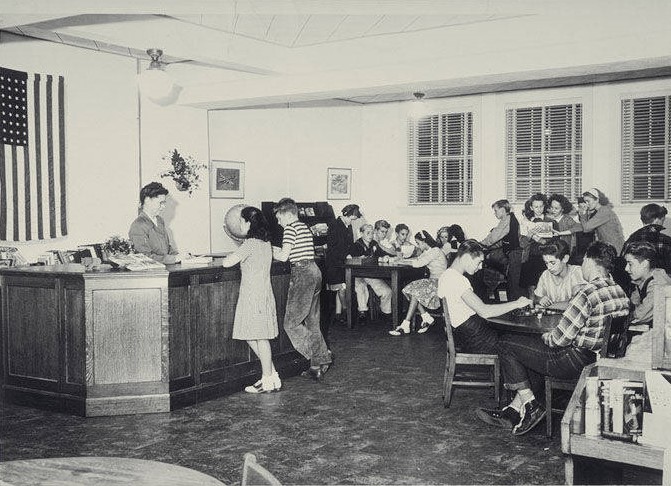 Mayor Christine E. Reed and the Santa Monica City Council hosted a reopening ceremony of the branch on October 14, 1985. In 2011, the Branch benefitted from an interior improvements project and new signage was erected outside of the library. The current building size is 8,434 square feet.

From February 18 to March 10, the library will be closed temporarily while it undergoes structural improvements. Visitors are encouraged to use the Main Library as well as the Fairview, Montana Avenue and Pico Branch libraries.

On Saturday, March 23, all are welcome to attend the Ocean Park Branch 100th Anniversary Finale from 2–4 p.m. Co-sponsored by the Santa Monica Conservancy and the Ocean Park Association, refreshments will be offered on the lawn along with music, games and crafts to celebrate an important piece of Santa Monica history.