Sakae Manning, a graduate of Mills College and this season’s writer-in-residence at the Annenberg Community Beach House, views her storytelling as a means to forge alliances between women of color. Her work explores the intersectionality amongst writers claiming their individual journeys around race, ethnicity, and class. Manning's poem, Okasan/Mother, was published in Making Waves: An Anthology of Asian-American Women Writers. Her flash fiction, Sammy's Shitkickers was published in The Salt River Review. Manning is currently working on a novel, Kimono Blues.

As part of her residency, Sakae will hold office hours for anyone interested in learning more about her work: Saturdays between October 11 and December 12, 2017 from 11am – 2pm. 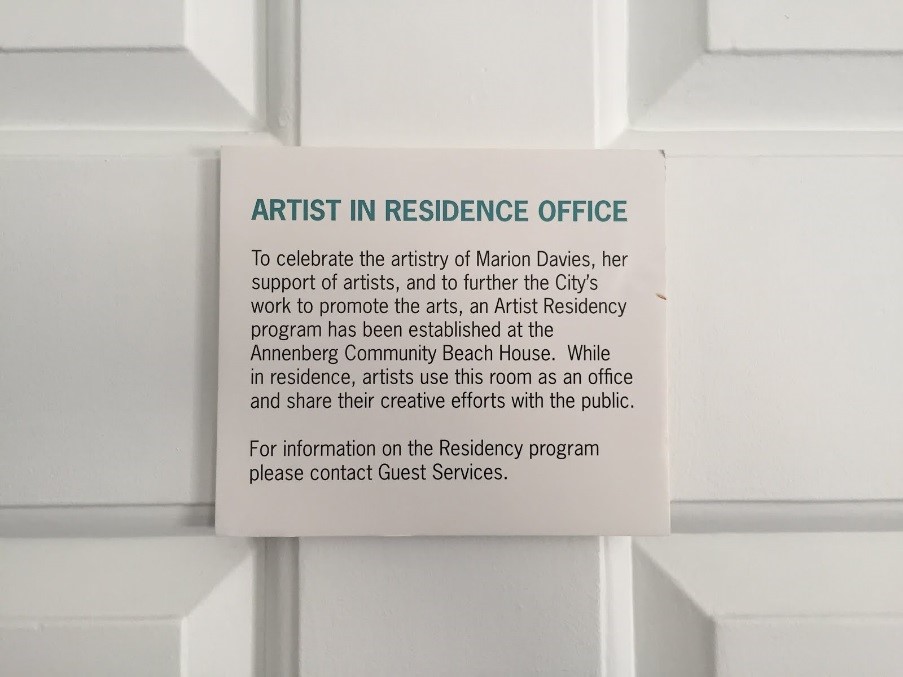 Sakae has also curated three free public events centered on women of color telling their stories, including: a reading and conversation with Emerging Women Writers of Color (Oct 24);  Reading Identities (Nov 14), a discussion about translating identity for a society that views race, gender, and sexual orientation as individual categories; and a panel discussion on the publishing industry, how promotion and marketing works, and the methods women writers of color (and others) can utilize to build a fan base and community titled Marketing and Promotion for Writers (Dec 5). 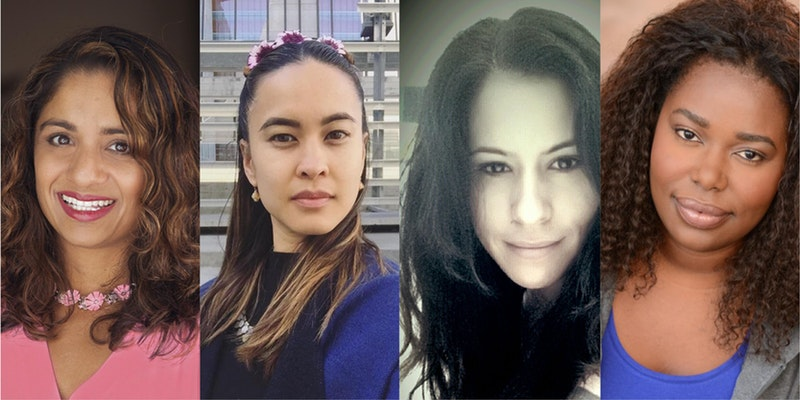 We were able to catch up with Sakae to dig deeper into her perspective and writing practice:

Q:  The term “truth seeker” in the description of Kimono Blues “a novel narrated in turn by two women who share a bond as family truth seekers.” How do you define truth seeking, and how does an idea of seeking truth manifest in your writing?

Sakae Manning: I once believed truth is a finite principle based on honesty and fact, but life has taught me something very different. Consider truth when someone believes their survival is dependent upon bending it. Consider history when it is written by those in power to maintain position and strength at the cost of other people's stories.

For instance, as a kid, public school taught very little about First Nations, the indigenous people in North America, other than sanitized versions of what actually happened. There was never any mention of exploitation, land theft, and genocide, which has impacted generations to this day. Because the storytellers are those who hold the power, this pattern is repeated throughout recorded history.

Families are smaller versions of communities with the power holders determining their family’s oral and recorded history. If history is rewritten on a large scale until it becomes a common untrue truth, then what happens to the individual's voice? How does the individual, an actual witness, become complicit in allowing the narrative to change? These are a couple of the questions I pose when consolidating a big, historical lie down to a family's history. An individual's experience, whether real or perceived, can inspire them to rationalize some crazy stuff, and there lies the kernel that births secrets and a new truth.

There are many components at play, but for the people I personally knew as a child, those I researched at places like the Japanese American National Museum, and the first person interviews I’ve conducted for Kimono Blues, it comes down to survival. Fear becomes a huge force in silencing an opposing version of truth and facilitating secrets held by only a few select members.

The families in my book are no different. Imagine what it is like to believe one version of your family is real. Then, having what I often call our "anchor to the world" rocked when cracks begin to erupt in perfectly coifed family histories. Stories emerge, secrets are unwound, contradicting what the general belief system has been for generations, leading to dynamic conflicts and difficult resolutions. None of us get here unscarred. Every family has secrets, creates a new narrative, whether intentional or not, to make life easier, to fit into a new town, to survive a tragedy.

In my work, redefining truth and what it means are questions characters frequently seek to resolve--once they realize their truth has been manipulated or falsified. "Truth seekers" means the characters look within themselves, are honest, regardless of what they see, facing fears and even their own short-comings. The characters become detectives, dissecting the truth within their own tribe, at great risk to their own position within a family structure.

For the women in Kimono Blues, truth seeking requires facing themselves full on naked in the brightest department store light, rethinking their life perspective. The choices they make, the views they hold, and how they've moved through life are all brought into question once their shared truth comes to light.

Q: You were VP of International Marketing for Paramount Home Video, how has working in the biz influenced your writing practice?

SM: Most of what influences my writing came way before Paramount, but traveling as we did, meeting people from different parts of the world, and managing cultural nuances has definitely provided an appreciation for honoring how humans can look at the same picture and come away with a completely different emotional and intellectual reaction.

The tangible contributions to my writing would be the amount of storytelling I was exposed to through watching films and reading treatments and scripts, and I would be remiss if not recognizing much of that happened when I was at smaller, independents--even before I was at the Studio.

I also learned the importance of process when growing an idea into a tangible product. While storytelling in film and through books is very different, as evidenced by film adaptations that leave readers cringing or crying foul, they are still tied to building a story arch, with plot, voice, and character being critical to a story’s success. I lean back to that experience when writing.

Q: You view storytelling as a means of forging alliances between women of color. What message do you have for aspiring female writers of color who are looking for their way?

SM: Write. Write every single day. Nothing new here, but getting someone to sit down and write for ten minutes instead of talking about wanting to write or contemplating how to become a writer is almost as difficult as getting a toddler to sit and eat an entire meal.

Write what you want to read. Advice I read somewhere and continue to follow.

Do not let anyone discourage you. The most important words ever shared with me is not everyone is worthy of reading your work. In other words, choose who reads your early work carefully and with purpose. Your partner, parent, friends--they may not be the right reader.

Find readers who understand the fine art of "reading" to provide constructive feed-back. My best experiences have been in both community and more structured (invitation only) writing groups. Find a community of writers who love to read a wide range of work and join them. Treat their work as you would want yours treated. I go off the principle that as a reader, I'm here to provide feed-back but am not editing their work.

It's also important to get out and meet people until you find a core group to write and share honest feed-back with on a regular basis. Even when you look at all the faces, and no one like you is in the room, go, and be present. Get what you need and get on with your work. Eventually, you'll find your tribe, but you have to make the effort. It rarely, if ever, comes to you.

Say what you want and mean what you say. If you say you want to be a writer, then treat your work and yourself with the respect deserving of the craft. I am a strong believer of not undercutting yourself even though I spent a useless amount of years talking negatively to myself until I realized there's enough people out there willing to do it for free.

Octavia Butler wrote notes detailing what she was going to accomplish as a writer and how she was going to get there. She didn't write negative things to herself, so "maybe" and "possibly" weren't words used on her to do list. One of Butler's notes involved a writer who wanted to write but marginalized her own potential for success. Butler was incensed, writing something along the lines of why bother if you aren't going to go full press. When someone says "I just want to write, and maybe I'll publish something." My response is if you want to publish, say that, and mean it. If you don't, then you're doing just fine. Carry on.

Q: What are you hoping to accomplish during the residency at the Annenberg Community Beach House?

SM: I'm focused on the overarching theme of my residency, which is women of color fiction writers, building community and awareness of their work in order to promote and encourage a broad range of writers to get their work published, and more importantly, their stories told.

I’m disheartened that after so many years of having writers like Audre Lorde, Alice Walker, Jessica Hagedorn, Maya Angelou, Sandra Cisneros, Amy Tan, Jhumpa Lahiri, Wendy Ortiz, Julia Alvarez, Gwendolyn Brooks, and many other fine, fierce, and talented voices successfully publishing, there remains a divide between people of color, and more specifically, women of color, getting into the publishing business.

What triggered my proposal to Annenberg and the City of Santa Monica is an NPR report on the Lee & Low Books publishing industry survey.

The results are dismal if one is to consider reading books, like watching movies, is a qualitative experience, and decisions about what projects move forward can be heavily based on a company’s known entities, formulas, p&ls, trends, and a house’s current stock of writers, among other things.

Who reads and makes decisions can arguably diminish a writer’s chance of moving to the next desk. In the 2016 survey, approximately 80% of publishing self-reported as female, white, and cis-gendered. 92% self-reported as “nondisabled.” The numbers within the approximately 20% who are of color are 4% self-reported as Black, 7% as API, 6% as Hispanic/Latino, and only 1% as First Nations/Indigenous NA and Middle Eastern, respectively.

The whole industry is a mystery, so the third program I’m producing is attempting to whittle away at how it all works for emerging writers, readers, and for those who may want to work in the publishing industry. The panelists are Natalie Obando-Desai, principal of Do Good PR Group and current president of the Women’s National Book Association, Los Angeles chapter, Rochelle Spencer, a SF-based anthology editor and writer, Rachelle Yousuf, the membership person from PEN USA who also oversees the PEN USA Edison Book Club, and Neelanjana Banerjee, managing editor at Kaya Press.

Once all three public programs conclude, my hope is we’ll all be a little wiser, definitely richer from being exposed to new writers, joyous to hear from writers we are already familiar with, and that many women of color writers will have worked alongside me in the Marion Davies Guest House as collaborators to build a stronger writing community.

I'm grateful for this space and for the Annenberg Artist Residency Program and the City of Santa Monica's Cultural Affairs Division for understanding the importance of this initiative.