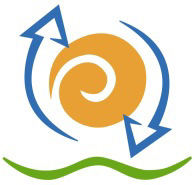 April 28, 2016 (SANTA MONICA, CA) The Santa Monica City Council voted on Tuesday to approve an ordinance requiring rooftop solar systems for all new construction in the City of Santa Monica—both residential and commercial.  The ordinance goes into effect 30 days after last night’s vote and continues the City’s history of adopting local requirements that  advance the transition to high performance, green buildings for all.

The timing of the ordinance capitalizes on market trends in the solar industry.  With the cost of solar installation continuing to decrease, Santa Monica residents and developers will now generate cost-effective renewable energy, improve the value of their property, and contribute to the City’s robust long-range goals for energy and climate mitigation, including reaching carbon neutrality by 2050.

“In Santa Monica we are moving away from buildings powered by fossil fuels in favor of clean and cost-effective solar energy,” states Dean Kubani, Santa Monica’s Sustainability Manager.”  This is not only the smart thing to do, it is also imperative if we are to protect our kids and grandkids from the worst effects of climate change.”

“I am proud to represent a district that recognizes the global responsibility this nation faces to deploy the best strategies at our disposal to prevent climate change and stimulate the green economy,” states Assemblymember Richard Bloom (D-Santa Monica).  “As California moves forward with the most progressive climate strategy in the country, we welcome leaders like Santa Monica who push the boundaries.”

The ordinance is the fourth solar mandate in the country to take effect.  Culver City began to require solar on commercial (>10,000 sq ft) in 2008, and the cities of Lancaster and Sebastopol became the first two cities to require solar in 2013; but Santa Monica's is more demanding across the board than each of these.  The City of San Francisco recently adopted a solar mandate on par with Santa Monica’s, which will take effect in January 2017.

“Santa Monica is entering summer in the midst of transformational developments to improve our great city.  This action has special meaning to me having attended the historic climate summit in Paris late last year," said Mayor Tony Vazquez.  “Covering our new buildings with renewable energy helps us address the challenge of climate change while ensuring Santa Monica builds cost-effective, resilient properties that maintain value.  Solar for all new construction combined with the Expo Line completion in May signal the City’s continued leadership in sustainable planning for the 21st Century.”

For questions and information on implementing the new requirement, please contact the City's Office of Sustainability & the Environment (www.sustainablesm.org).

Office of Sustainability and the Environment