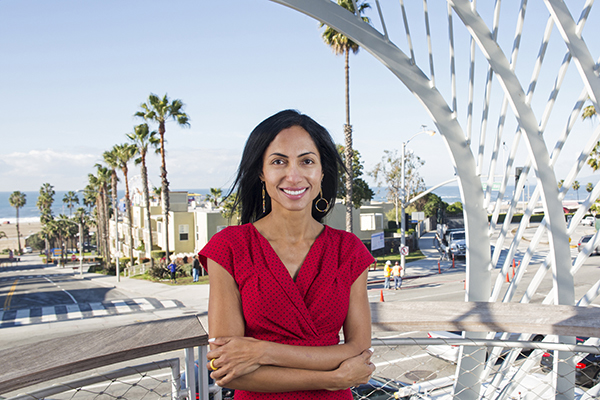 SANTA MONICA, Calif.—Suja Lowenthal, currently the Community and Government Engagement Manager for the Big Blue Bus, will transition to the Senior Advisor to the City Manager on Airport Affairs. She replaces Nelson Hernandez, who holds the post until his retirement on October 6th. Securing local control of Santa Monica Airport has been a longtime community priority and was selected as one of the City Council’s top strategic goals adopted in 2015. Ms. Lowenthal has served in planning and community engagement capacities for BBB since 2012. She has over 20 years of leadership experience in government affairs, municipal affairs, and community engagement. Ms. Lowenthal will transfer to her new position on October 16th.

"Santa Monica Airport is in transition," said City Manager Rick Cole. "Among our key staff leaders, Suja has the breadth of experience and knowledge to continue the stakeholder engagement and thoughtful strategy required to implement the Consent Decree to reduce health and safety risks and work toward the evolution of SMO to a great park in 2028."

"I am honored to have the opportunity to serve the community in this new role,” said Suja Lowenthal. “While we have made significant strides at the airport in the past two years, I look forward to continued engagement with the community to address concerns related to airport operations, implementation of Council policy, and to establish a vision for airport land after it closes in 2028."

At BBB, Ms. Lowenthal oversaw strategic planning initiatives, communications, as well as government and public engagement for Santa Monica’s transit agency. She co-chairs the mobility strategic goal and has worked closely with Council, city departments, and the community to strategize citywide mobility initiatives.

Ms. Lowenthal has a BA in Economics from UCLA, a Masters in Business Administration from Cal State LA and a Policy, Planning and Development Doctorate from USC. She was recognized for Distinguished Leadership by the American Planning Association and has been an adjunct professor at Cal State Long Beach. She has served as a Coastal Commission Alternate and as a board member of the USC Center for Sustainable Cities, the Long Beach Unified School District Board of Education, Metropolitan Water District, and Heal the Bay. She has the distinction of serving the community of Long Beach as the Vice Mayor and Councilmember for 10 years.

Ms. Lowenthal will transfer to the position of Senior Advisor to the City Manager on Airport Affairs on October 16, 2017 with the salary of $162,036. The position is limited term, ending June 30, 2018. Her office will be located at Santa Monica Airport.