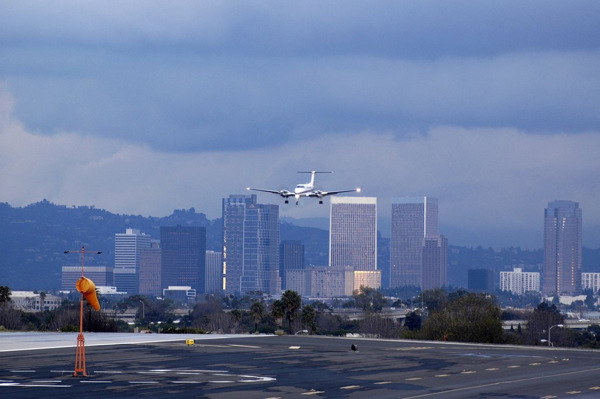 SANTA MONICA, Calif. – In a judgment handed down on June 12, the U.S. Court of Appeals for the D.C. Circuit rejected a challenge to an historic Consent Decree that allowed Santa Monica to shorten the runway at Santa Monica Airport (reducing jet traffic by over 80%) and gave the City the absolute right to close the airport at the end of 2028.

“The ruling by the D.C. Circuit affirms yet again that our agreement with the FAA is sound,” said Mayor Ted Winterer. “One year in, we see the terms of the agreement in action are working. The runway shortening has significantly reduced jet traffic and we are steadily creating a plan to convert airport land into a great park that will benefit the entire community.”

Pursuant to the Settlement Agreement / Consent Decree reached between the City of Santa Monica and the Federal Aviation Administration (FAA) on January 30, 2017, the City agreed to operate SMO through December 31, 2028, but then has the authority, in its sole discretion, to cease operating the airport and close it to all aeronautical use forever. The agreement came after decades of advocacy and litigation by the Santa Monica community to mitigate impacts of airport operations on local communities.

The agreement also allowed the City to shorten the airport’s sole runway immediately from 5,000 feet to 3,500 feet.  That action, completed by the City in December 2017, has reduced jet traffic by over 80% and alleviated immediate disruption and pollution in Santa Monica and surrounding neighborhoods. The ability to close the airport at the end of 2028 also ensures that the City can move forward with its long-term plan to replace the airport with a regional park of nearly 250 acres.

The Settlement Agreement / Consent Decree between the City and the FAA was approved by a federal district court as “fair, reasonable and adequate to all concerned” on February 1, 2017, and entered as a Consent Decree. The U.S. Court of Appeals for the D.C. Circuit denied the challenge to the Consent Decree brought by aviation businesses and trade groups after finding that the settlement agreement was not a final agency order and not reviewable under 49 USC 46110 and that there is “nothing unusual or untoward about parties settling litigation through a consent decree.”