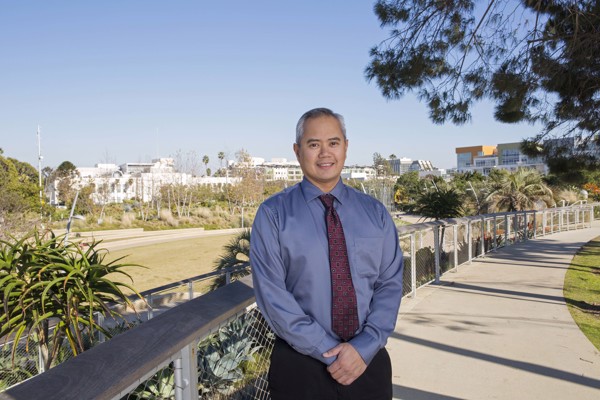 “Rick has worked in every area of the City during his nearly two decades on our team,” said Public Works Director Susan Cline. “His broad portfolio of projects includes the Pier, water mains, parks, Big Blue Bus and permits, and he has consistently been our go-to watershed expert. Rick has built enduring relationships citywide through his collaborative spirit and commitment to execution. I couldn’t be more excited to work with him in his new role.”

Valte most recently served as City Engineer where his duties included overseeing the planning, design, and construction of infrastructure projects and managing the City’s right-of-way. Notable projects include the Clean Beaches Project, which has improved water quality contributing to the Santa Monica Pier Beach being removed from Heal the Bay’s 2019 Beach Bummer list.

“Working for the City has always been a fulfilling experience from the front lines as a civil engineering assistant to becoming city engineer,” said Valte. “I will bring this diverse knowledge of City operations and the Santa Monica community to this new role and the exciting challenges ahead. The dedication of the workforce in our Public Works Department is second to none, and I am excited to support them as we continue to serve Santa Monica and build and maintain significant infrastructure.”

Valte’s career spans nearly 25 years. Before joining the City, he worked in the private sector for contracting and engineering consulting firms. Valte started his City career in the Engineering Division where he advanced over nearly two decades. His experience includes land development where he provided services such as reviewing private development plans and use-of-public property permits, project development and construction management where he managed the City’s capital improvement projects, and watershed management where he managed the Measure V Fund and planned and implemented storm water improvement projects to comply with the Clean Water Act.

Valte is an avid hiker and enjoys camping and traveling with his family.