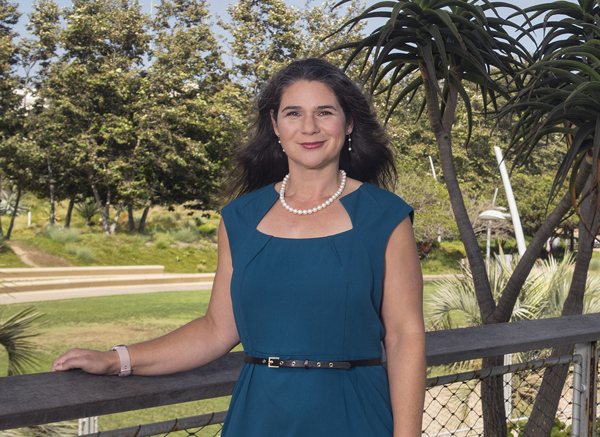 Interim City Attorney George Cardona has selected Jenna Grigsby as the Chief of the Criminal Division of the Santa Monica City Attorney’s Office. Grigsby enters the role after more than ten years as a Deputy City Attorney and twice serving as the interim chief of the division. The Santa Monica City Attorney's Office Criminal Division, distinguishes itself from the District Attorney's office, in that the division is responsible for filing and prosecution of only misdemeanor crimes committed in the City. This includes family violence, drug possession, driving under the influence, burglary, assault, and quality of life crimes.

“We are thrilled that Jenna Grigsby has agreed to take on duties as the Criminal Division Chief,” said Interim City Attorney George S. Cardona. “Having served as a prosecutor in this office for more than 10 years she is familiar with Santa Monica. Her experience, which has included significant work on various diversion programs, makes her ideally equipped to work with the Santa Monica Police Department, social services providers, and the courts as the criminal justice system continues to adapt to new approaches for ensuring public safety.”

During her decade with the City, Grigsby has been instrumental in all functions of the Criminal Division, including developing innovative restorative justice programs and prosecuting and arguing complex misdemeanor cases. Before coming to Santa Monica in 2010, she worked in the Los Angeles County District Attorney’s Office’s Gang Unit to prepare cases for trial. After earning her J.D. from Loyola Law School, she served as a Public Service Corps Fellow for the Harriett Buhai Family Law Center.

“I welcome this opportunity to serve the City in this new role.  Having worked in Santa Monica for over ten years, I feel uniquely qualified to continue to bring justice to victims, work with leaders in the community to better serve our constituents, and help move the city forward as we work towards a criminal justice system that is equitable, transparent, and provides justice for all,” said Jenna Grigsby.

The Criminal Division works hand-in-hand with the Santa Monica Police Department in the prosecution of offenses and also provides regular roll call trainings on topics ranging from the Fourth Amendment to body worn cameras to key aspects of effective domestic violence and driving under the influence investigations.

In response to the need for criminal justice reform, the Division has created diversion programs in partnership with the Los Angeles Superior Court, the City’s Human Services Division, and direct service providers. These programs seek to connect vulnerable populations, including people experiencing homelessness and addiction, to housing, treatment, and other services that can address the root causes of instability that can lead to criminal behavior.

Grigsby holds a B.A. from the American University and a J.D. from Loyola Law School. She replaces Nicole Gougis, who served as Criminal Chief since February 2019. Grigsby began June 20 with an annual salary of $216,972.