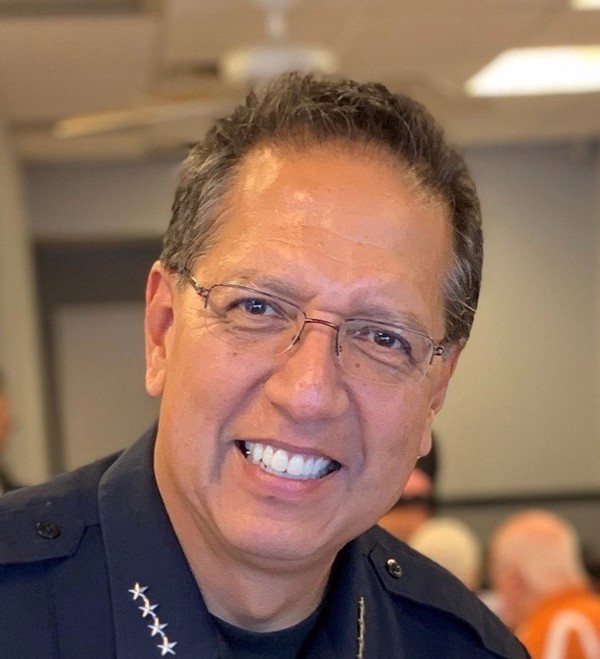 SANTA MONICA, Calif. – Today, City Manager David White announced the selection of Ramon Batista, Jr., a 35-year law enforcement leader to join the City of Santa Monica as chief of police. Chief Batista comes to Santa Monica from Mesa, Arizona’s third-largest city, where he served as police chief. Before that time, he spent 30 years rising through the ranks of the Tucson Police Department, including two years as assistant chief of police.

“Chief Batista is a tenured law enforcement professional who built strong community relationships in both of the communities he has served with outstanding performance,” said City Manager David White. “We are certain he will do the same here in Santa Monica where strong relationships underpin community safety, trust, and collaboration.”

As chief of the Mesa Police Department, Batista oversaw a budget of $188 million and 760 sworn and over 450 professional staff. During his tenure, Mesa’s Part 1 Crimes were at an all-time low of 23 events per 1,000 residents. A proponent of 21st Century Policing initiatives and community resiliency, Chief Batista led the implementation of a mental health crisis 911 diversion program whereby suicide calls to police were directed to crisis counselors. The ability to embed mental health technicians in the 911 call center is a milestone that police departments across the country are seeking to emulate. In addition, Chief Batista led the way in strengthening police-community relationships and trust. He launched a strategic plan for the department, which included enhancing diversity across ranks, focusing on internal and external communication, and de-escalation techniques that led to safer engagement between the community and the officers.

Batista began his career in Tucson in 1986 and over his 31-year career there, he served in diverse roles from patrol supervisor, traffic division/solo motors, training academy commander, public information office director, patrol division commander, SWAT division commander, and chief of staff. He rose to the rank of captain in 2011 before becoming assistant chief, first for the patrol bureau (2014 – 2016) followed by the investigative bureau (2016 – 2017) where he had oversight of all detectives and major criminal investigations, the crime lab, and the evidence section. Key accomplishments included identifying smart enforcement strategies and a multi-disciplinary approach focused on alternatives to imprisonment for lower-level violations to reduce recidivism and the high cost of incarceration.

Chief Batista is married, and he and his wife have two children and one grandchild. They enjoy running, hiking, and all activities related to their family. His start date is Monday, October 18, 2021 with an annual salary of $298,788.

Chief Ramon Batista will be sworn into service on Monday, October 18th at 10 a.m. The public can view live on Santa Monica CityTV Channel 16 or the City’s YouTube channel: Police Chief Swearing in Ceremony.