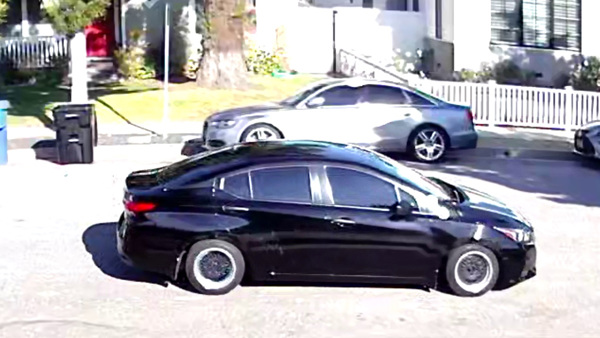 On Monday at about 2:00 PM the victim involved in this incident parked his vehicle in the 2600 block of 34th Street when a black sedan stopped in front of him. The front passenger of that vehicle walked to the victim’s vehicle, pulled out a handgun and demanded the victim’s cellphone and wallet. Fearing for his life, the victim gave him both.

Suspect 1: Passenger - Male White or Hispanic, late twenties, straight shoulder-length brown hair, brown or grey eyes, wearing a hoodie and a black bandana that covered the lower half of his face

Anyone with any information pertaining to this incident, the suspect or vehicle involved, is strongly encouraged to contact Detective Tavera at 310-458-2256 or the Watch Commander (24 hours) at 310- 458-8426.