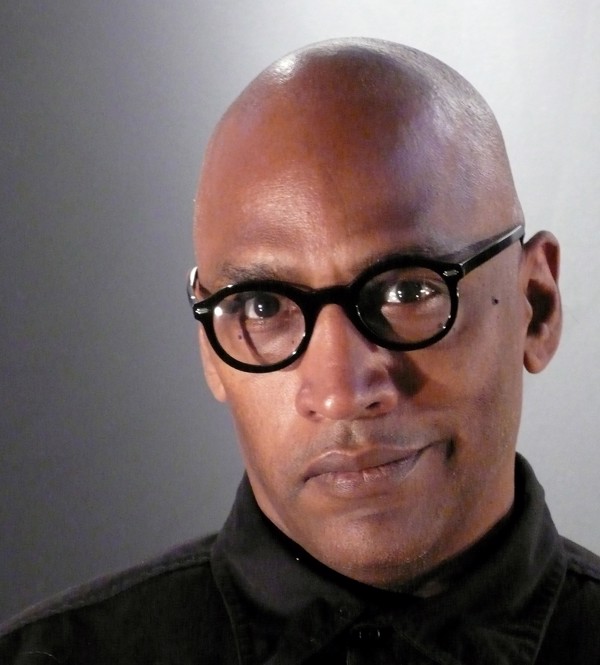 You are working on several projects during your tenure here as Studio Artist-in-Residence – your Exonerated paintings feature grids or arrangements of hashes that mark days of incarceration, and your radical Broadside posters present calls to action through text and typesetting. And then there is your work on a new play, which you have titled 59 Inches. You describe this as a parable about acquiescence and rebellion told through the contrast of Ota Benga, a Mbuti man who was confined in a human zoo during the St. Louis World's Fair and Sam McGee, a character from Klondike poetry who was cremated in the furnace of an abandoned ship. Tell us more about these projects?

Overall, my work is about time travel. Not in the manner of H.G. Wells, a speculative and imagined tomorrow that alternately hits and misses predicting future events and inventions; nor in the style of Barbara Tuchman, encamped and collecting dates and descriptions across an archipelago of worldwide research libraries. My texts, paintings, and performances are rooted in the very brief period that corresponds with my lifespan and editorializes upon the events that have shocked, dismayed, revolted, and gladdened me over the course of my life. These concerns have varied in specific theme but always relied upon a foundation of examining American culture and our contributions to it; both active and passive, uplifting and degrading.

I’m exploring Serialism in painting-- the repetition of similar shapes, colors, and symbols in constructing abstract imagery; manifestos, or broadsides, that are concise yet powerful texts that demand attention and advocate particular positions, and the proposed stage-play that marks a return for me to a more traditional form of public theatrical expression.

The paintings of your Exonerated series are abstract at first glance, but their backstory adds specific meaning. What is the relationship between form and content in your work?

It is unpleasant source material; I understand that. It needs a lure. It also requires time to translate and contemplate the meaning. Those of us who have never had our freedom denied, or know someone who has had that experience, often lack the necessary compassion to imagine ourselves in such a condition. Most of our lives are not touched by the criminal justice system, and to understand and appreciate this work one needs to project oneself into such a condition of despair and hopelessness that is illogical and for the most part impenetrable.

Do you often work in different modes simultaneously?

Sometimes the work on one series becomes emotionally overwhelming, sometimes I need to pursue an idea that has just popped into my head, at other times an opportunity arises that calls for more work in one of my other media, or student projects require better and more varied examples. All of these can cause me to switch concentrations, but each medium is important to me and demands my return; I make notes, research connections, and collect historical examples that will aid me when I return to the other projects. 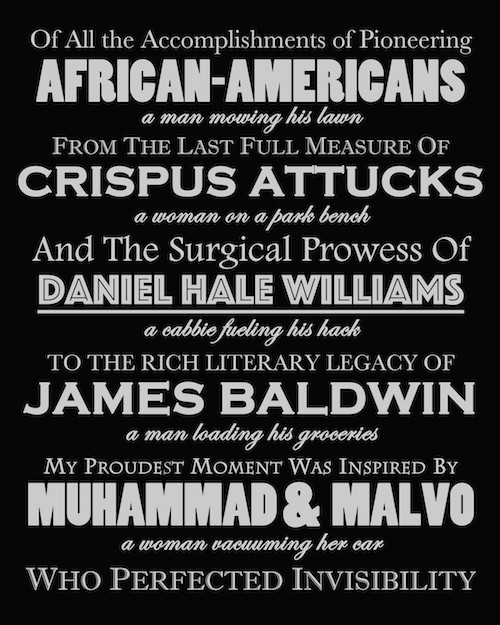 Manifestos are asymmetric communication: when should dialogue give way to declaration? What gives the manifesto its persuasive power? Can manifestos contain nuance?

When dialogue proves unproductive or becomes a process of denial or willful foot-dragging the declaration becomes necessary. The persuasive power of the manifesto is that it memorably quotable, and therefore portable. It can be a cudgel or a plea, a demand or a statement, but it must possess a concision that allows everyone to understand it immediately and recognize its adherents.

As a playwright, who is your ideal audience?

My previous stage work has varied from traditional play writing. It has encompassed dance and music, declarations and imagery. These new works, that have so far received only minor attention, are in a more traditional format. I look forward to having this traditional angle receive the same attention (one day) that my performance art has previously enjoyed. In this case my ideal audience will be the one that shows up.

Max King Cap will be leading workshops on short playwriting, serial painting, and manifesto writing during his tenure. View a list of his workshops here.

Dr. Max King Cap is a Studio Resident at the Camera Obscura Art Lab January 9 to April 17, 2019. A visual and media artist from Chicago who now lives in Los Angeles, his work has been featured in galleries and museums in Vienna, New York, Stuttgart and numerous other cities in Europe and the U.S. Among several awards he is the recipient of Creative Capital and Artadia grants. He earned an MFA from the University of Chicago and a doctorate from USC. A former firefighter and public relations specialist, Dr. Cap is a writer and educator with two decades of collegiate classroom and management experience. He is an experienced academic professional with exceptional writing and public speaking skills, and has supervised projects in collegiate, municipal, and business environments. More about him at maxkingcap.com.