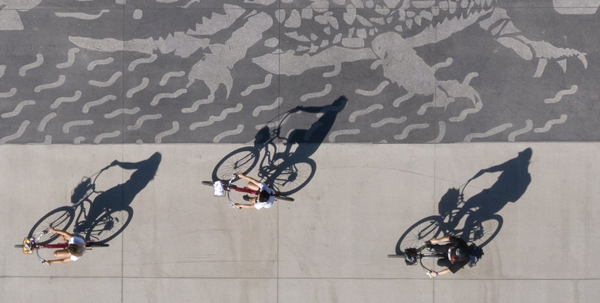 While much of this year has been spent largely at home, City of Santa Monica teams have been hard at work building significant infrastructure and improving public spaces to enhance outdoor recreation. Below is a roundup of some of the projects we’ve been working on, two of which you may have already experienced on two wheels!

The North Beach Trail Improvement Project (feature photo above) is now open for pedestrians and cyclists to use and enjoy, improving safety and circulation by creating separate paths for both pedestrians and cyclists on Santa Monica’s Beach Trail between the northern city limits and Bay Street. Approximately 2 miles of the Beach Trail and 1 mile of the Ocean Front Walk pedestrian path have been significantly upgraded with expanded space, new paving, lighting, landscaping, markings, signage, and artwork murals made out of sandblasted concrete depicting local marine wildlife. For the latest project updates, visit www.santamonica.gov/northbeachtrail. 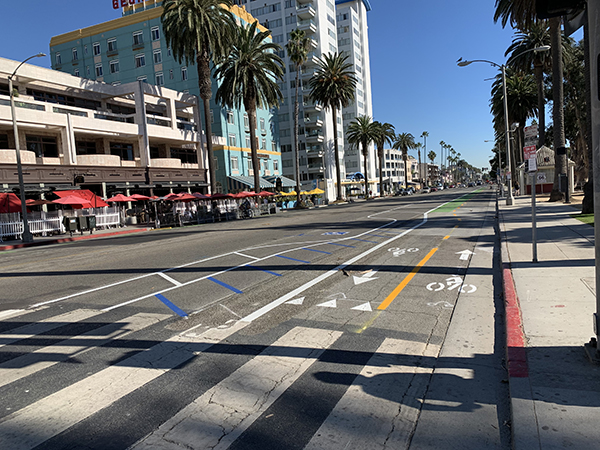 The Ocean Avenue Protected bike lane is complete along with Broadway from 16th to 20th Street as part of the City’s goal of building a protected network of bike lanes to increase the number of people who use bicycles for everyday transportation. The new design uses parked cars to separate bike and auto traffic enhancing safety and comfort for riders of all ages and abilities. To learn more about Santa Monica’s plans to build a protected network visit  smgov.net/BAPA . 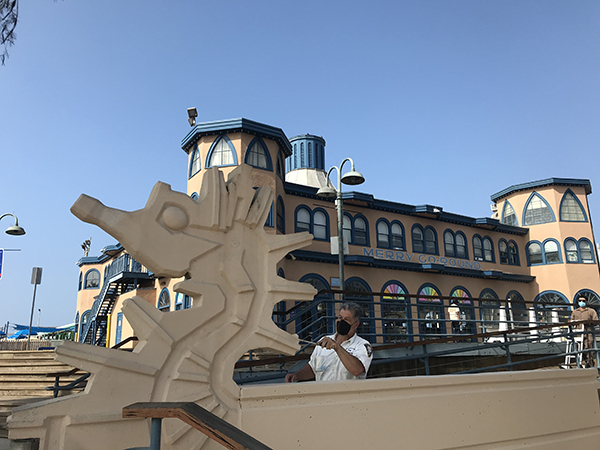 Maintaining a historic destination like the Santa Monica Pier is akin to painting the Golden Gate Bridge. It takes regular maintenance and care to keep it looking sharp. Painter Joey A. on our Pier Maintenance team spruced up the seahorse at the entrance recently and you can always see crews out replacing a deck board and performing other regular maintenance. 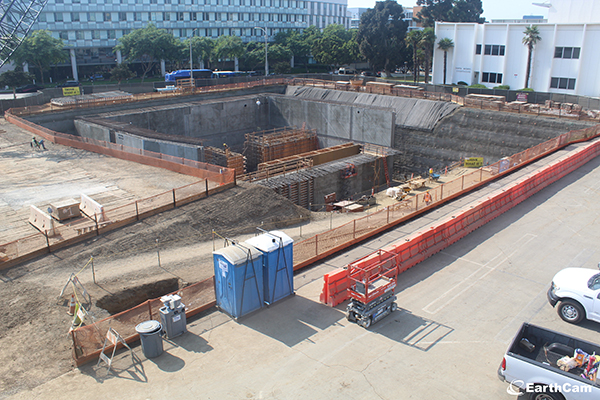 After ten months of construction, the Sustainable Water Infrastructure Project at the Civic Center has rapidly progressed to 20% completion and it is on track for completion in Summer 2022. The second “Big Dig” excavation for the 1.5 million-gallon stormwater harvesting tank is now underway. This is the most critical city-wide project to achieve water self-sufficiency.