More Than a Monolith: Building a Community Across Cultures 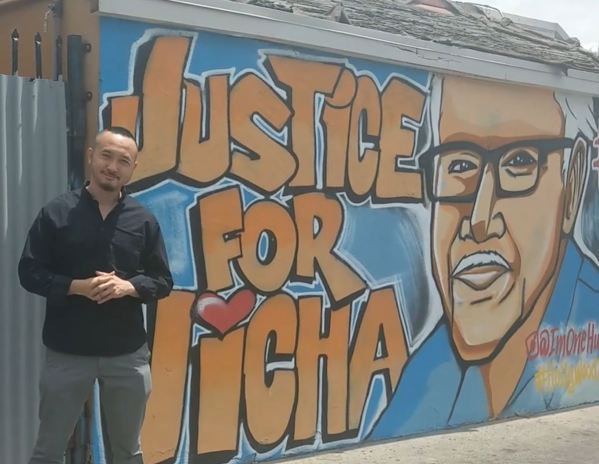 In March I joined my first Asian American and Pacific Islander (AAPI) meeting at the urging of a friend. A group of coworkers had organized the meeting to discuss the recent spate of anti-Asian attacks. At that meeting I listened to a small but diverse group of individuals share their personal experiences, and even though we came from different cultures and backgrounds we shared the same fears and anxieties as members of the AAPI community. From that initial meeting stemmed more discussions, and though we were a varied group, we recognized that we did not fully represent the AAPI community.

It has been difficult for the AAPI community to foster unity even with the tragedies we face today. The Census shows that there are over 24 million AAPI or AAPI-mixed residents in America, originating from more than 30 countries, and speaking over 100 languages, so it’s no wonder that solidarity is difficult to achieve. Yet to foster healing and strengthen our resolve, we must look past those differences and learn to come together as a true community. In 1982 Vincent Chin, a Chinese American was beaten and murdered by two men because they blamed him for the massive lay-offs occurring in the auto industry. Neither served any jail time for their crime. In 2020, Ee Lee, a Hmong American from Milwaukee, was raped, beaten, and left to die in broad daylight by two teenage boys. Vicha Ratanapakdee, an 84-year-old Thai American from San Francisco, and Mohammad Anwar, a Pakistani American from Washington DC were both attacked and murdered in broad daylight in the last year. At the Atlanta mass shooting this year, 6 of the eight victims killed were Asian women; and at the Indianapolis mass shooting just last month, 4 of the eight victims were Sikhs. So many of us are all feeling the same hurt and pain, and we must all come together to heal those wounds.

I am a deeply private person, and I rarely share any personal experiences. Throughout the AAPI meetings and discussions, I may have spoken only once or twice. Not many people I work with know that my parents have run a convenience store together for over 30 years. Even fewer people know that in the last year both of my parents were victims of violence while working. I hope and pray that no one else experiences the gut-wrenching feeling of hearing that kind of news. When a loved one is subjected to violence it is difficult to make sense of the situation. I remember feeling anger first and foremost, then fear that it might happen again. I remember speaking with the deputies investigating the cases and checking up on my parents more often, but the anger and fear would not subside. It wasn’t until members of the community, customers of my parents’ business for years, started approaching me and telling me how they had heard the news and that they would keep an eye on my folks that I began to find comfort and to release some of the anger I had been holding onto. It was then that I truly learned the importance of community to foster healing.

Yes, we in the AAPI community have our differences, but we must not let those differences rob us of our empathy and compassion for each other as people. In 1882 the Chinese Exclusion Act was signed into federal law and prohibited the immigration of all Chinese laborers. It wasn’t until 1943 when the country was at war with Japan in World War II that the law was repealed, and Chinese people were suddenly seen as allies against the Japanese. Some Chinese Americans even wore badges and signs labeling themselves as Chinese to avoid the discrimination and incarceration that Japanese Americans faced. It was in these times of division within our community that atrocities like the forced relocation of over 100,000 Japanese Americans to internment camps occurred. Historically people of color have been turned against each other for the political gain of another group, and this includes those in the Asian community. But if division weakens the bonds of community, it stands to reason that solidarity strengthens those bonds. We build monuments and memorials to remind ourselves of the darkest times in our past so that they we don’t repeat those mistakes, but we must also build bridges and coalitions to light our way towards the future.

The recent spike in anti-Asian hate crimes will continue to weigh heavily on my mind, but the thing that disheartens me the most is seeing bystanders doing nothing. I do not fault them, for it was only recently that I realized that by not getting involved I, too, was doing nothing. In the past, I’d say I was too busy to get involved. I’d tell myself it was a busy period at work, or I had too many commitments already. I’d convince myself that there are already others out there doing far more than I ever could, better people than I could ever be that know what they are doing, and it’s in their hands that I’m entrusting the future. I’d tell myself all these things to ignore the fact that in my own deflective way I was riding out the storm, not wanting to make waves. In the current state of our community, apathy comes at the cost of lives. All it takes is action, any action, to not be a bystander. So, I implore you to take that first step to go from bystander to ally and join us in our upcoming community forum Wednesday, May 19th. It may seem like a small thing to attend a discussion but showing up is showing support; listening and reflecting leads to learning and empathizing, and compassion and understanding allow us to form cross-cultural communities.

Please take the time to click the links below to register for our two upcoming events. The additional resources also provide great starting points for learning more about how to get involved.

Being AAPI in 2021: Discussion on Identity, Community & Model Minority Myth

Honoring AAPI: A Celebration of Cultures