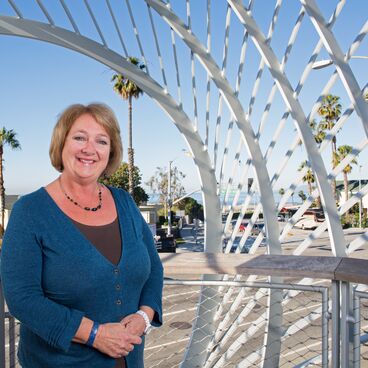 Since joining the City in 1987, after a short career in book publishing, Tracy Condon has filled several roles within the Rent Control Agency. Starting as an information coordinator assisting members of the public, Tracy later served as database coordinator and decrease petition mediator, before being promoted to Public Information Manager, a position she held for 13 years. In 2007, Tracy was selected by the Rent Control Board to serve as the Agency’s Executive Director responsible for overseeing the day-to-day operation of the Agency, including developing a budget; managing personnel, contracts, and purchases; and assisting the Board in conducting research and developing regulations to implement the rent control law.

During her career, Tracy has been involved in a number of significant Agency efforts including: processing increase petitions to assist owners of more than 1,000 buildings damaged in the Northridge earthquake to repair their units and continue providing homes for the tenant occupants; planning for and implementing state-mandated changes that over 20 years have allowed owners of more than 20,000 units to increase rents to market-rate rent upon vacancy; and collaborating with representatives from other City departments to develop a fair response to construction work being completed in occupied buildings. In recent years, she has devoted considerable time toward the development of a custom web-based property and rent-tracking database to replace a legacy system she helped develop decades ago.

Tracy has also worked closely with the Rent Control Board to recommend to the City Council that changes to the rent control law be placed before the Santa Monica voters. Successful ballot measures have included: requiring owners to provide copies of eviction notices to the Rent Control Agency and extending eviction protections to renters in non-controlled units; establishing a predictable and fair determination of each year’s annual general adjustment (rent increase); and establishing that owners may pass through to tenants half of the annual registration fee they pay for each controlled unit they own. This measure resulted in shared responsibility between property owners and tenants for financing the operations of the Agency.

Tracy holds a B.A. in American Culture from the University of Michigan and an M.S. in Information Resources Management from Syracuse University.