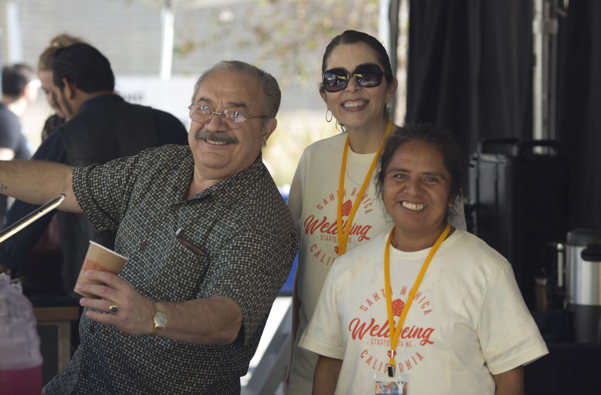 Life, Liberty, and the Pursuit of Happiness.  Just about everyone recognizes these words from the Declaration of Independence.  They are enshrined in our collective conscience as epitomizing the fundamental concept of America.  In the last 250 years, people in this country have made great sacrifices to promote and protect these rights enumerated in our founding document.  And while we often talk about both life and liberty, we don’t often discuss the pursuit of happiness. I think that’s because we don’t have a clear idea of what happiness means.

As Jon Meacham explained in his book The Soul of America, when Thomas Jefferson “composed these words in late June 1776, Jefferson was not thinking about happiness in only the sense of good cheer.  He and his colleagues were contemplating something more comprehensive—more revolutionary.  Garry Wills’ classic 1978 book on the Declaration, Inventing America, put it well: ‘When Jefferson spoke of pursuing happiness,’ Wills wrote, ‘he had nothing vague or private in mind.  He meant public happiness which is measurable, which is indeed the test and justification of any government.”

Santa Monica has accepted this challenge.  We know wellbeing is measurable and can be improved.  Our groundbreaking and internationally recognized Wellbeing Index gives us significant insights into the wellbeing of our community. The good news is that 68 percent of the people in our community feel happy much of the time; 71 percent say that they have a sense of accomplishment most days.  But 23 percent say that they rarely have the time to do the things they enjoy—a decrease from our last index but still way too high.  19 percent of our neighbors worry about paying credit card bills and 17 percent worry about losing their jobs.  And we clearly have work to do with our youth.  About a third of Santa Monica youth say they are depressed and, as we all know, suicide is the second leading cause of death among teens and young adults.  And, even for those that are coping well, the future may be uncertain.  The number of Santa Monicans who doubt that their children will be able to afford to live in their home town is growing.

Measuring wellbeing is an important first step.  But data is meaningless if we don’t use it to inform policy decisions.  Several countries are leading the way: With its Gross National Happiness commitment, Bhutan has shifted from focusing on economic measurements as policy drivers to using the happiness of its population as the overarching goal of government.  Similarly, New Zealand has done breathtaking work in bringing wellbeing to the forefront of governmental budgeting decisions.  Santa Monica hopes to emulate this shift in focus with its decision to make having an engaged and thriving community as one of its budgetary framework priorities.  We also have declared ourselves to be a sustainable city of wellbeing.

This is not some marketing ploy or touchy-feely esoteric goal.  The problems that plague Santa Monica and many other cities—homelessness, crime, economic inequality, tragedies like the school shooting in Santa Clarita last week—are the devastating symptoms of the fundamental lack of wellbeing in our societal structure.  And while we certainly need to address these symptoms in short order, if we don’t also deal with the underlying disease—the lack of wellbeing, we will be on a frustrating and expensive hamster wheel of suffering.

So, what are the hallmarks of a well city?  Let me suggest three:

The second element of a well city is connectedness.  About a year ago, the Wall Street Journal published an article about The Loneliest Generation.  It reported on research that showed that Baby Boomers—my generation—were experiencing loneliness at astonishingly high rates.  And while this certainly was a mental health crisis, the research showed that loneliness also was a silent killer.  The article reported on research that found that loneliness is as closely linked to early mortality as smoking 15 cigarettes a day.  Loneliness is even worse for longevity that being obese or physically inactive.  Having strong social connections is associated with a 50% lower risk of early death.

Just last week, in the New York Times, Nick Kristof picked up on these findings and reported that loneliness increases inflammation, heart disease, and dementia.  The effect is so pronounced and the economic cost so high that Great Britain has appointed a minister for loneliness who is working to reduce isolation in the British population.

How do we address this plague of loneliness? We start by reaching out to people and asking them to build community from the bottom up.  That is the thinking behind our Microgrant program that gives folks $500 to create community-building activities.

We also need to build public spaces that encourage interaction.  When Downtown Santa Monica put out movable furniture on the Promenade, they found that visitors would move the chairs near the entrance to the Apple store and that strangers would sit and chat while waiting for their genius bar appointment.  When they put out an oversize chess set, an older gentleman started to show up on a daily basis and take on all comers.

But perhaps the most important thing we can do is simply recognize how important human connection is to community wellbeing.  Give the gift of your time to someone; just say hi to a stranger; say please and thank you over and over again.  Be a good friend to someone who needs one.  None of this costs much money but it pays off big time.

Over ten years ago, we put Ocean Park Boulevard on a road diet and reduced the travel lanes in each direction from two to one.  Now Ocean Park traverses Santa Monica from the ocean to the eastern city limit and it passes churches, schools, local businesses, and parks.  This was a controversial decision when it was made and, to this day, I still have people express frustration over it.  But we know two things about this change: first, it had a minimal impact on travel times. But second, and more importantly, it reduced serious accidents on the street, especially those involving pedestrians, by about 60 percent.  So, when I get complaints, I ask people, are they willing to add an extra minute or two to their trip knowing that by incurring a slight inconvenience, they are making it much more likely that a student, a parishioner, or a family visiting a market or park will get home that day safe and sound? When I put it this way, some people’s attitudes change.

This change in attitude can be the most powerful factor in improving our community’s wellbeing.  For example, when we see a homeless member of our community, instead of thinking about how uncomfortable it makes us feel, what if we thought about how uncomfortable it must be to be in the grip of addiction, mental illness or simply unable to afford a roof over your head.

As Garry Wills pointed out, our founders intended happiness or wellbeing to be the test and justification of government.  But the government cannot do it alone.  It is my fondest hope that each of us recognizes that both governmental and individual commitment to the community’s wellbeing is the only way to fulfill the Declaration of Independence’s promise of the right to pursue happiness.  After all, as Aristotle said: “The state comes into existence for the sake of life and continues to exist for the sake of good life.”