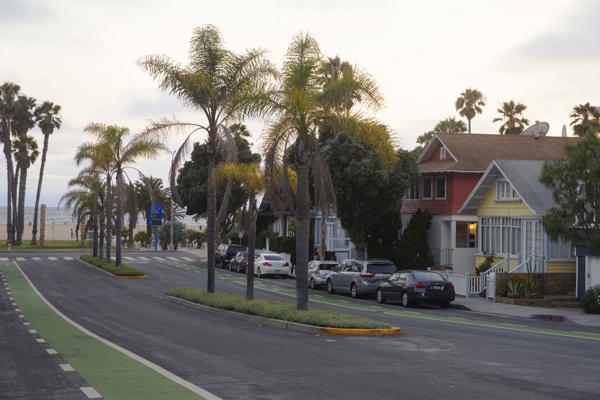 SANTA MONICA, Calif. — The U.S. Court of Appeals for the Ninth Circuit has reaffirmed its rejection of Airbnb, Inc. and Homeaway.com’s challenge to the City of Santa Monica’s Home-Sharing Ordinance, which penalizes the online platforms for unlawfully booking short-term vacation rentals of unlicensed properties in Santa Monica.

Santa Monica’s Home-Sharing Ordinance is a key element of the City’s work to produce, preserve, and protect housing in Santa Monica.  The regulation strikes a careful balance:  It allows residents to invite visitors into their homes for profit when a resident is present in the home and possesses a City business license; but it otherwise prohibits property owners and online platforms like Airbnb, Inc., and Homeaway.com from booking residential properties for short-term vacation rentals.

Before the Ninth Circuit, Airbnb, Inc. and Homeaway.com argued that the City’s ordinance ran afoul of the Communications Decency Act and the First Amendment because it required the platforms to monitor the content of third-party listings on their sites and remove listings for unlicensed properties.  A panel of the Ninth Circuit rejected this argument in March.  The panel found that the Ordinance only “prohibits processing transactions for unregistered properties” and does not proscribe, mandate, or even discuss the content of the listings that the Platforms display on their websites.  It requires only that transactions involve licensed properties.”  In response to the platforms’ arguments that upholding this local regulation would impose administrative costs and frustrate their business model, the Court declined to “expand [the Communications Decency Act’s] provisions beyond what Congress initially intended” and explained that “[w]e have consistently eschewed an expansive reading of the statute that would render unlawful conduct magically . . . lawful when [conducted] online, and therefore giv[e] online businesses an unfair advantage over their real-world counterparts.”

On Friday, the Ninth Circuit declined the platforms’ petition requesting that either the panel or an en banc panel drawn from the full Court rehear the case.  The City’s Home-Sharing Ordinance thus stands absent a petition by the platforms to the United States Supreme Court.

“We are thrilled to have confirmation from the Ninth Circuit that our balanced approach to home sharing is permitted at a time when housing and affordability continue to challenge the region,” said Santa Monica Mayor Gleam Davis. “This is a big win for Santa Monica residents and our residential neighborhoods.”

City Attorney Lane Dilg said, “Santa Monica’s Home-Sharing Ordinance is a lawful regulation and a key element in the City’s efforts to produce, preserve, and protect housing in our community.  The Court’s decision will help state and local governments across the country as they work to preserve affordability and protect housing for those who live and work in their regions.”

The City was represented in this case by attorneys from the Santa Monica City Attorney’s Office, including Special Counsel / Chief of Staff George Cardona, who argued the case, Yibin Shen, Heidi Von Tongeln, and Michael Cobden.

After maintaining a multi-decade prohibition against short-term rentals in residential districts, in 2015, the City eased this prohibition by authorizing a form of short-term rentals known as home-sharing, which permits City residents who obtain a City license to host visitors for compensation for a period of less than 31 days, as long as the resident and visitor are both present in the home. Un-hosted short-term rentals of residential housing, known as vacation rentals, remain unlawful in Santa Monica. This legislation struck an important balance by enabling current and prospective residents to supplement income through home-sharing to meet increased rents and housing prices, while ensuring that Santa Monica’s housing units, and particularly affordable units, would not be surreptitiously or openly converted into de facto hotels.

As amended in 2017, this legislation also imposes regulations on businesses, such as Airbnb, Inc. and HomeAway.com, that engage in booking transactions for short-term rentals of housing units for profit. The City’s ordinance prohibits such businesses from providing and collecting a fee for booking services for unlicensed (and therefore unlawful) short-term rentals.